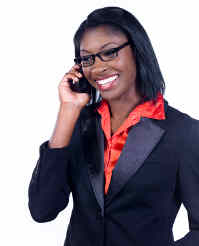 When you’re looking for a coach, it’s natural to do what you do when you look for a doctor, lawyer, or accountant: look around for someone local who’s good. But coaching works differently than these other fields. There’s no need to meet with your coach in person. The convenience, selection, and other advantages of working with a coach by phone are so great that the vast majority of coaching is done over the phone.

In this article, I’ll walk you through the many advantages of using your phone instead of your car to meet with your coach.

When you work by phone, you’re not limited to the local coaching community. You can shop around for someone who’s a wonderful match for you — someone who specializes in what you want, whose personality delights you, whose rates fit your budget. The entire world of coaches is open to you. Literally.  You can work with any coach in the world who speaks English (or whatever language you prefer).

International logistics can often be worked out

If you live in the United States and meet a cool coach who lives in, say, England, Australia, China, or Israel, there’s no need to sigh and say, “I wish she lived in the US. She’d be perfect for me.” There’s a decent chance you’ll be able to work with her. The logistics of international coaching relationships can often be worked out. 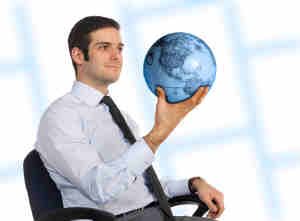 Worried about paying high rates for international calls? It may not be an issue at all. Many non-US coaches will call you. They have access to calling plans with super low rates. And you can probably find decent international rates yourself through Skype, Google Voice, or another simple, low-cost solution.

Concerned about dealing with someone in a different time zone? The time difference can work in your favor. You may want to have a coaching session at night after work, which may be morning for your coach, which is more convenient for her.

Sometimes, a larger time difference ends up being more convenient than a smaller one. I live in California, and I had a delightful coaching buddy who lived in Australia. During part of the year, the time difference between us was one hour, though she was a day ahead of me. I had an easier time scheduling calls with her than with people in New York. 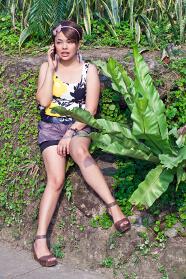 You can call your coach from a place that makes you happy. I’ve had clients call from parks and other fun places. The background noise can be a bit of an issue, but that’s more than offset by the ease and openness people feel when they’re out in the sun in a lovely place.

Coaching on the phone is also much more casual, relaxing, and freeing for you and your coach than having to meet in an office. You can snuggle up on your couch in comfy clothes while you have deep talks with your coach. You’re also free to lie down, move around, dance, stretch, or move in any other way you want during the call.

You’re probably going to be talking with your coach about some pretty personal stuff. The conversations can be deep.  It can be more comfortable to talk about sensitive topics on the phone, rather than in person.

The coach can focus on nuances in your voice

One of the advantages of working with a coach in person is that she can see your expressions and body language, which tell her a lot about what you’re really thinking and feeling. When you work with a coach on the phone, she won’t get the extra insights from the visual, but she also won’t be distracted by it.