In this article, we’re going to look at groups of wonderful coachees who thrive when they work with coaches who understand and appreciate them.

People in these groups can be easily misunderstood by a coach who’s not on their wavelength.  Such a coach may see these clients’ natural traits as pathological or problematic.  She may want to fix or change them instead of seeing the beauty of who they are.  Her guidance may be all wrong for these clients. She may push them to do things they can’t do at all or can’t do well.

All of these life coaching clients can flourish when their lives are set up to fit who they are. 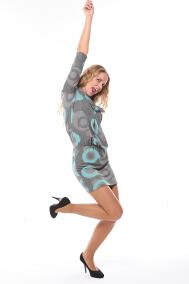 But they may flounder if they’re pushed to be what they’re not.

We’re looking at these groups partly because you may find yourself in one or more of them.  That knowledge can open you up to a whole universe of support, validation, insight, and information about how you can thrive.

Even if you aren’t part of any of these groups, I hope seeing this list will reassure you that no matter what traits you have, there are almost certainly coaches who would understand and appreciate you. That you’re perfect, just as you are, and you can have a life that you love without trying to change or compromise yourself.

These fine folks are more sensitive to everything — emotions, social cues like praise or criticism, sounds, smells, nuances in words — and have other traits that can make their lives rich and rewarding but also challenging to navigate.  They’re generally empathic, intuitive, and caring.

Highly sensitive people can benefit from setting up their lives so that their talents are appreciated and stimulation that upsets or overwhelms them is limited. 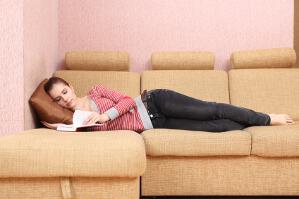 Introverts generally prefer solitary activities, like reading and writing, to large social events, which they may find exhausting. They may enjoy interacting with people one-on-one or in small groups and can form real connections in those contexts. They tend to prefer a few deep relationships to many shallow ones.

They tend to dislike conflict, but their listening skills and respect for others can lead them to resolve clients in positive, productive ways.  They generally don’t respond well to pressure and may need time to process things on their own before they make decisions or commitments.

ADHDers are creative, intuitive, and personable. They love variety and are often happiest if they’re doing multiple projects at once.  They’re particularly well-suited for projects that involve excitement and novelty, like starting businesses.   They tend to have a low tolerance for boredom and repetitive tasks. They may difficulty managing time, and they prefer to start projects rather than complete them. 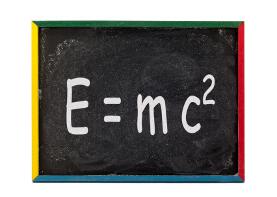 They’re deep, intense, and highly sensitive.  They often have many ideas going in their minds at once.

They have a strong sense of justice and are likely to have trouble doing work that involves anything they feel is fake, dishonest, uncaring, or dishonorable.  They don’t  tolerate boredom or meaningless work very well. They have creative minds and often see connections other people don’t see. They also tend to have finely tuned senses of humor.

They generally wanted to be treated as equal partners in a coaching relationship and may rebel, get upset, or shut down if a coach bosses them around or acts superior in any way.

These coachees care about how they’re perceived by their coaches and may find coaching calls to be stressful and uncomfortable. Being criticized, mocked, or made fun of by a coach can be unbearably painful for these coachees, even if the coach is just doing these things lightly, in the spirit of fun or to help the coachee.

A person with social anxiety nay have trouble speaking up for himself, making requests, or dealing with any sort of conflict.  A warm, caring, sensitive, accepting coach is often a good choice for him.

People who don’t like being told what to do

These people are independent and true to themselves. They value their autonomy.  They don’t like being bossed around or controlled by other people.  They don’t want to compromise their integrity or values or be false in any way.  They want to make their own decisions and may resent any show of authority by a coach.

People who prefer to do things in their own way

These people thrive when they can do whatever inspires them in the moment rather than being forced to do things on a predetermined schedule, even if they’ve created the schedule themselves.  They often work hard and are highly talented when left to their own devices, but if they feel pressured or forced to do things they don’t want to do, they clam up, work half-heartedly, or stop altogether.

These fine folks would prefer to spend their time figuring out an easy way to do something rather than to waste their blood, sweat, and tears doing something the hard way.  They wouldn’t be too happy with a brute force method like cold-calling 100 people to get one client.  They’d rather put hours into figuring out an efficient approach that has finesse.

They will throw themselves into tasks they enjoy and find meaningful, so they may look like they’re working hard in these circumstances.  But if something feels like hard work to them, they’re not interested in doing it.